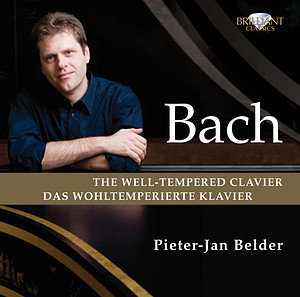 Hans von Bülow was a gifted pianist and the first conductor to manifest the figure of the 'maestro' opposite the orchestra at the podium. He reverently named Bach's Well-Tempered Clavier 'the' Old Testament 'of music! Bach's cycle of forty-eight preludes and fugues is still an unsurpassable keyboard instrumentalist school. Whereby the question remains whether and how the work can be played on a modern grand piano. Pieter-Jan Belder interprets the works on an authentic harpsichord of the Bach era. The 'well-tempered piano' Bach had dedicated to his son Wilhelm Friedemann, who should get to know the instrument in twelve major and minor keys. The pianist and conductor Daniel Barenboim once said about the 'well-tempered piano': the chromaticism in the cis minor prelude from the first volume is reminiscent of Wagner's 'Tristan und Isolde'. The Fugue in E flat major could have come from a Bruckner symphony. This cycle is not only about everything that was composed before, it also anticipates the music of the future of Bach!